Interview with Mikael Nyqvist, The 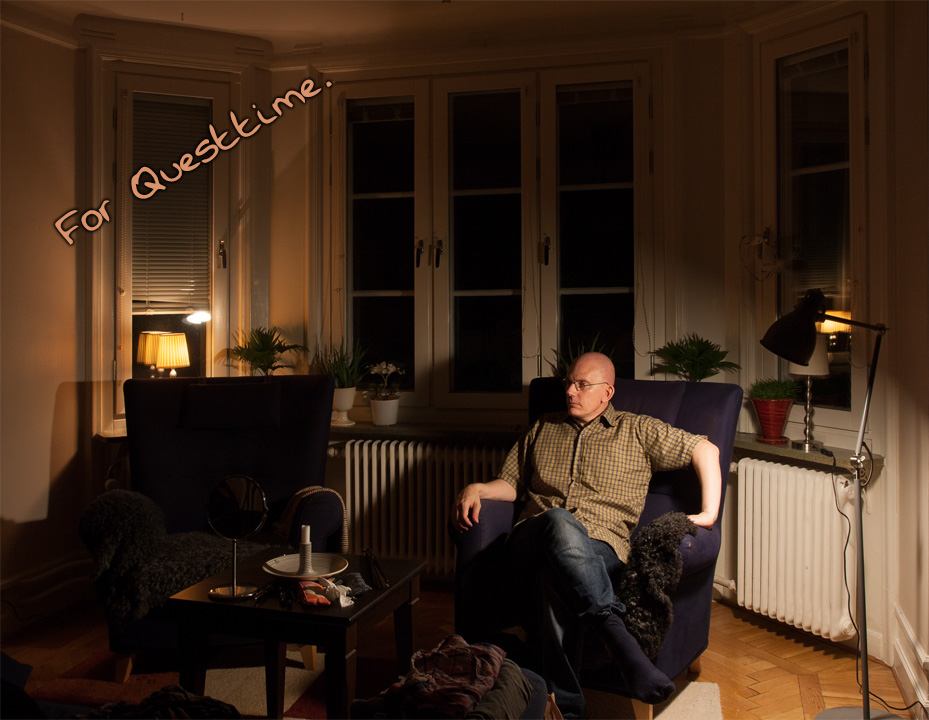 We are very pleased to announce the interview with Mikael Nyqvist, creator of adventure games about Carol Reed. Mikael started to play and became interested in computer games since middle of 198x. From the beginning of graphical-games era. And he creates games in adventure/ quest genre still. Is there any connection between Carol Reed and Nancy Drew? How the author keeps “thin balance”, and telling the criminal related stories in “smooth” way, without blood and violence? Let’s find the answers to these and other questions in interview with Mikael.

Questtime: Hello Mikael, let’s start from the very beginning: how and then Carol Reed was invented as a person? Are there any persons, who were used as a prototype for Carol?

Mikael Nyqvist: Hello, friends. No, we didn’t have any particular persons in mind. When we made the first game, we knew that it had to take place in Sweden. We figured that if the main character was born in England, it would force the other characters in the game to speak English to her with a Swedish accent. That way, we could use friends and acquaintances to do the voiceovers.

Questtime: Could you tell us more about MDNA-Games studio and your colleagues?

Mikael Nyqvist: My wife Eleen and I made the first 3 games together. After that, Eleen needed more time to tend to her allotment/community garden (which, by the way, plays Carol’s allotment in the game). Even though I’ve made the games on my own since then, we still discuss the games a great deal, and Eleen still provides significant help with all the practical stuff involved in the making of the games.

I’ve had some outside help over the years with building the interface and stuff like that.  Other than that, I’m more or less by my own, except for the people that you see and hear in the game.

Questtime: What does Carol look like? How do you (personally) imagine her (as a creator)?

Mikael Nyqvist: Of course I wouldn’t tell you that :)

Questtime: Quest-lovers make note, that games about Carol make an accent on word/name Madonna. Your studio called “MDNA-Games”, which stands for “Madonna-Games”; in Black Circle – the Madonna’s cult is involved in storyline, one of the games from series called “Blue Madonna”. Here is something behind it. Please, tell us about that.

Mikael Nyqvist: Except for my wife, Madonna, the singer, is the love of my life. Before getting in to games, I used to run the largest Madonna site on the internet.

Questtime: Could you please describe Stina personage in details? What we already know: she has a couple variants of businesses - bakehouse and design’n’decor shop. Also, she provides Carol with good advice, and she knows the local areas very well.

Mikael Nyqvist: Stina is Carol’s oldest friend in Sweden. Her experience from various types of trades, all in the service department, has given her extensive knowledge about local gossip and people in general. I think she has some problems to settle down though.

Questtime: Carol Reed and Nancy Drew. Are they rivals in private investigation area? What do you think about that?

Mikael Nyqvist: The games undeniably have some common themes, but I think they are different types of games. They are also the two longest adventure game series, with 11 games (Carol) and a whopping 32 games for Nancy.

I wouldn’t say that we were particularly inspired by the Nancy Drew games when we released our first game. I did, however, like the earlier games in the series very much.

Questtime: Do you play computer games? If yes – then what games and franchises do you like/prefer?

Mikael Nyqvist: Oh yes, I play adventure games myself. I’ve played most major games since the beginning graphic adventure game era, even though I don’t finish games I don’t like. I have no favorite type of game, although I’m not that fond of Myst-like games (most of the time, they’re simply too hard for me). I’m a big fan of both Riven and Myst III though.

Questtime: Storylines of Carol Reed games include points of murders, blackmails and other atrocities, committed by criminals. Never the less, Carol Reed adventures considered by questers as “less bloody/not bloody detective games”. How do you keep that “thin balance”, and telling the criminal related stories in such “smooth” way?

Mikael Nyqvist: Well, there isn’t actually any blood in the games. And we usually stay away from the shock/gore effect. But it’s possible that the best answer to your question is that the games mostly take place during day time, on sunny summer days. If games like Black Circle and Shades of Black had been shot during night they would probably had been considered horror games.

Questtime: When the new game comes to life – how do you keep in touch with auditory? What questions and requests do you hear most often from them?

Mikael Nyqvist: I usually keep in touch with players on forums and via email. The most common question is “When will the next game be released?”. People also tend to ask if certain characters will be back in the next game. There is also a great interest in locations that have been used in the games and about the back stories.

Questtime: What was the main factor, which brings you to the profession you have, and what is your recipe to solve difficulties and problems on your way?

Mikael Nyqvist: I started out making short films, and then moved on to making games. I had been interested in adventure games since the early Sierra games, and after years of discussing it, Eleen and I finally decided to try to make our own game.

I find it more satisfying to create games than films. One of the advantages is that I reach a much larger audience than was possible with the films. Game designing also gives you more control over the finished product.

How do I solve difficulties and problems? I depends on the situation of course, but one has to plan as much as possible, but also be prepared for improvisation. My advice for people that are planning to make a game is always “Don’t make any plans that you aren’t sure that you can realize”. So many game projects fall through due to that particular mistake.

Questtime: What kind of books and films do you prefer?

Mikael Nyqvist: My favorite film director is Russian Andrei Tarkovsky. I don’t read much nowadays, but when I did I used to prefer classical literature. I love Oscar Wilde.

Questtime: We are suspicious, that you know a Russian language a bit :-) We think so, because you found the exactly relevant topic (“Questions to administrator”) from the lots of Russian-language topics to confirm you interviewing. Is it so? Have you ever visited Russia? What do you know about our country and culture?

Mikael Nyqvist: The person from your web site that contacted me used an email address that didn’t work (maybe temporarily, or maybe it was just from Sweden?) Since I hate to give the impression that I don’t answer emails, I tried to track down the sender through your forum.

But no, I don’t have any knowledge in the Russian language. These days, we sell most of our games independently from our own web site. The download links are sent to the email addresses that are connected to they buyers PayPal account. It’s not unusual that people have old email addresses that don’t work anymore. So I have lots of experience of tracking down people in various ways.

That’s the long answer. The short answer is Google Translate :)

I have never visited Russia. I do know quite a lot about your country though, through films and books. I’ve already mentioned Tarkovsky, and when I was younger I read everything I could get my hand on by Tolstoy, Dostoyevsky, and Turgenev.

Questtime: What are you plans as a quests-creator for the nearest future?

Mikael Nyqvist: I’m currently working on the next Carol Reed game every day.

Questtime: What will happen in future with Carol? Will she marry Jonas? Will she become a police officer? What is your vision?

Mikael Nyqvist: Everything will be revealed in the next game :)

Questtime: On what question would you like to give an answer, but it never was asked to you before?

Mikael Nyqvist: No one ever asks me about which part of the game making process is the most time consuming. The answer is the post processing of the photos. I think I spend at least 40 percent of the total time fixing the pictures in Photoshop.

Questtime: Mikael, thank you very much for the interview to Questtime portal! WE will wait for the new adventures of Carol, and hope for possible localization games in Russia. Let the good luck and creativity be on your way of guest-creator!