For several years American studio «DigitalMediaWorkshop» have been creating first-person science-fiction point-and-click quest - «Prominence». This preview is based on the demo version of the game, which we received from developers.

"The eternal silence of these infinite spaces frightens me" 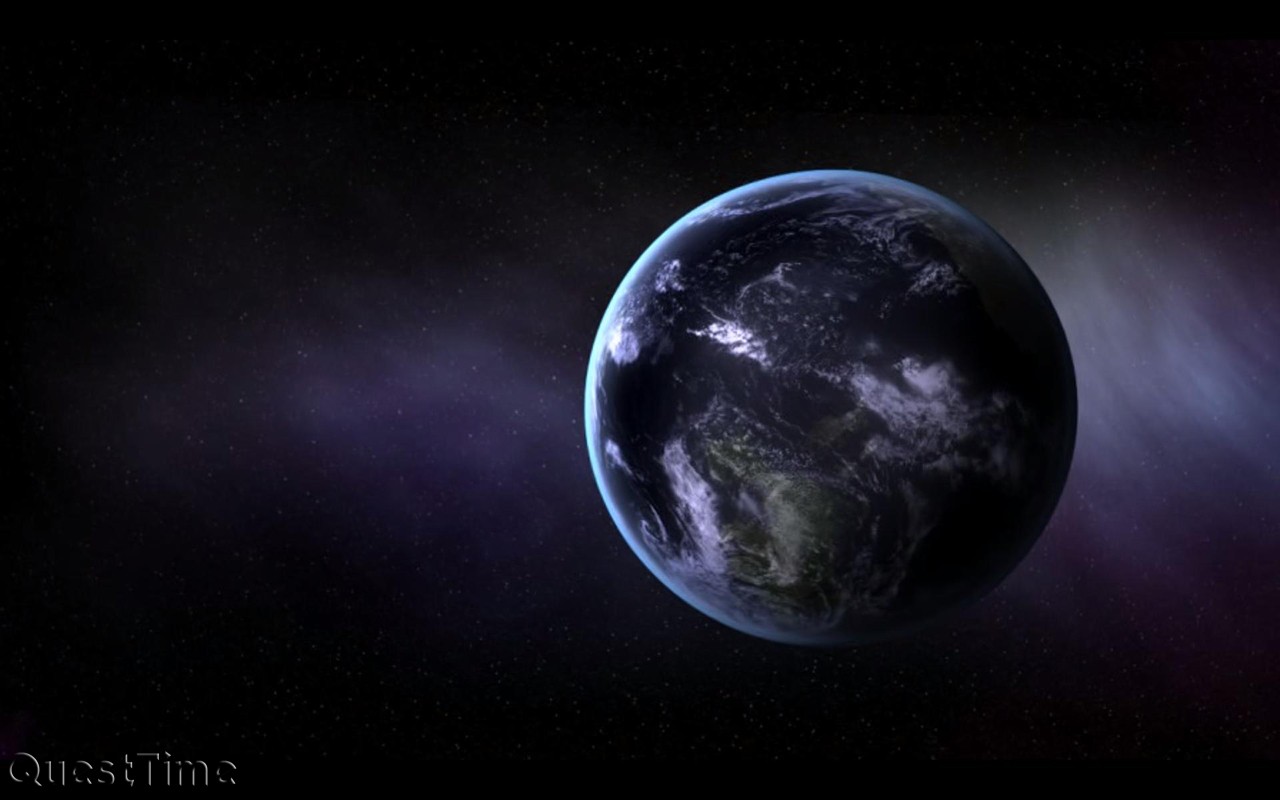 people of Letarri, Being exiled from their native planet, have been wandering in space for many years in search of a new home. A small team of scientists focused on a planet that possibly could be their home, but something has gone wrong from the very beginning…

Our hero wakes up in the medical module of the ship. He’s all alone and without any idea of ​​what has happened. There is nobody around, only emergency lighting says that the ship is still functioning. Of course, the initial task is to restore the power supply to the modules in order to move freely and have access to the database. And finally the hero needs to know where everybody is.

The developers had promised that we’ll feel the horror of loneliness and despair for ourselves. Well, they kept their promises from the beginning. Finding ourselves with our character in such a "nice" situation we are experiencing the very feelings that people usually experience when locked in a room. And there are questions: " What? Where? When? Where? and Why?" in their heads. There are no clues in the beginning. All our actions will be performed at random. We will search locations slowly and carefully to get any result. 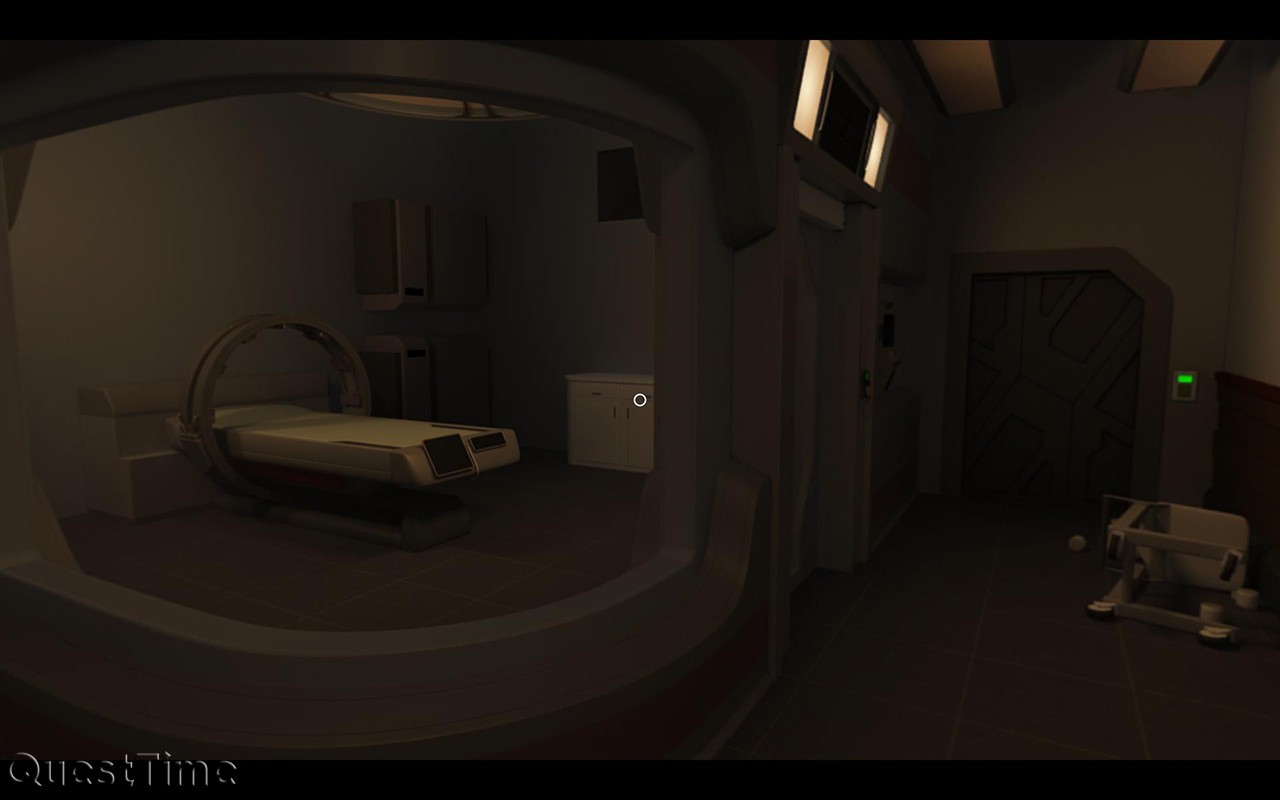 How to get out of here?

Frankly, you feel like a lost blind kitten. Small location, minimum active zones and twilight are the things that prevent you from concentrating and thinking. When our hero finally gets out from the medical module, we see huge and empty corridors. At this moment you realize what the developers wanted to show us. It’s a huge space of the unknown ship, a lot of doors and corridors, darkness and lifelessness on the ship and outside of it. our hero is alone in the vast and silent space!

Since we have connected the power of the ship, it became much easier to move. We can inspect the rooms, read some files in the system and learn about the team. However, we still don’t know what we must do. But here we find out about artificial intelligence of the ship. connecting the “miracle machine”, though not without problems, we are introduced to A.N.N.I.E., our friend and ally. By the way, do not flatter yourself, A.N.N.I.E. is just a machine but not a slim attractive girl hologram. It will accompany us only with her voice. Since then the passing game becomes radically different. As if we play two different games. With the advent of A.N.N.I.E. (my prayers have been answered) we are getting information about where to go and what to do. Suffer from the fact that there is dark and scary in there, we also no longer have to, because thanks A.N.N.I.E. we get the ability to use night vision. 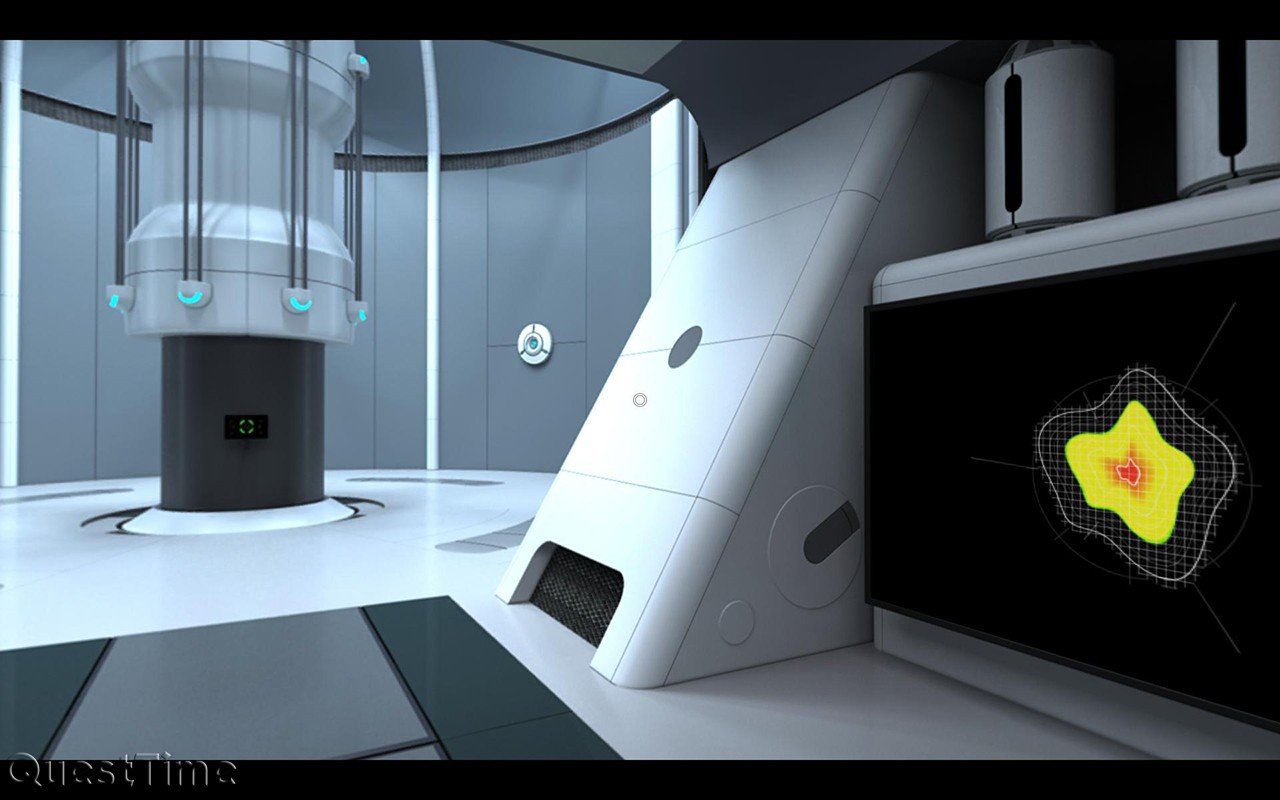 Meet - A.N.N.I.E. With help of A.N.N.I.E. , we get access to the archives of the ship and are able now to get the answer to all our questions

there is no surprize in «Prominence» Control. This is a casual first-person point-and-click adventure game. our character will move strictly on arrows, there will be no freedom of actions. So, friends, if you want to play, then accept the framework established by the developers. In game settings accommodate the mouse sensitivity. Frankly, I did not find the control comfortable. When I started the game and found out the fact that I can’t set on to the active point. I reduced the sensitivity settings, but did not become more convenient to manage. Cursor began to move as if in a jelly, if it was a resistance in the atmosphere of the spacecraft, but set on active point it has not become better. Since, I just used to it, and maybe - it was a glitch, or may be - some other reason, I really don’t know. By the way, the active points in the game are very small and sometimes hit them worth very difficult, as a discover them. Not only that, they are small, so also they are very few compared to the expanse of locations. And when you walk through the vast, deserted corridor, in pitch darkness, so that in the end, purely by chance, to touch, to discover some object which you are, in principle, not even looking for - it is puzzling.

Pleased inventory, more precisely, not the equipment, it is just what the most casual, but how it can be applied in the case. To use an item on a core, we do not need to go every time to inventory and the desired object there, simply turn the mouse wheel by selecting the desired object and then applying everything when folded impasse. A lot of these in the game ... 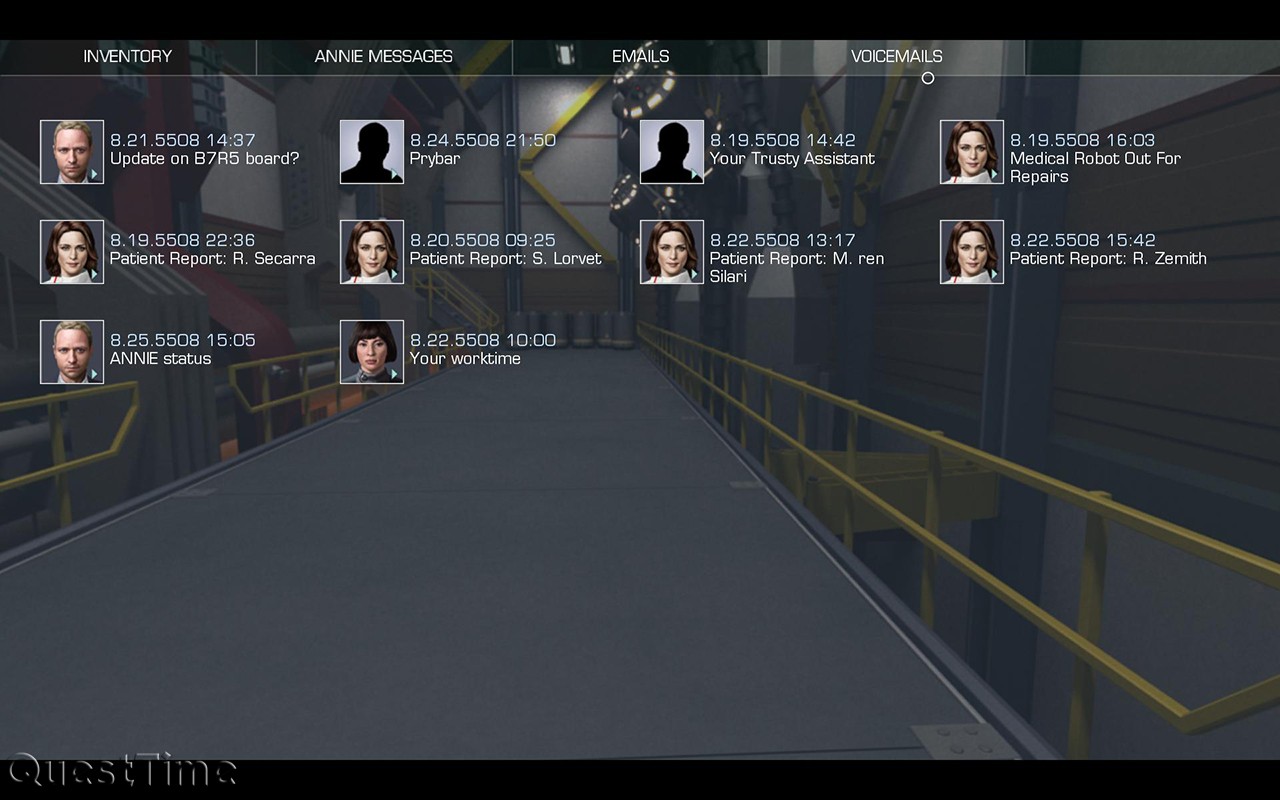 Inventory after meeting with A.N.N.I.E.

As you playing, specifically with the advent of A.N.N.I.E., inventory will be improved and. If in the beginning there were just things that we found, ANNIE give us the opportunity to read the entire entries on-board computer, as well as listen to audio files of A.N.N.I.E.

If you long to suffer, then something will be good

As I wrote before, the beginning of the game does not contain specific targets and search for items as well as their application, there is an intuitive, so forget about logic. At the beginning of a lifesaver for us will be a crowbar. You know, as the saying goes: "If you have power – you don’t need mind." Here you are getting. But, unfortunately, a crowbar in the game will be confiscated and then your mind needed. Moreover, the puzzles will be complicated. Puzzle there and they are quite different. If it's early in the game puzzles were on a "take - use", later we will be faced with a fake card access, computer and burglary, and the distribution of energy flow. In my opinion, solving puzzles will not cause any difficulties; the main thing is to carefully explore the world, documents, inventory. Basically, if you ignore the long-distance races and the difficulty in finding items, puzzles will be comfortable. Describing the features of the game, the developers have promised that it will be possible to solve the puzzles in several ways and they are not lie to us. Some puzzles, indeed, there are several ways of making. 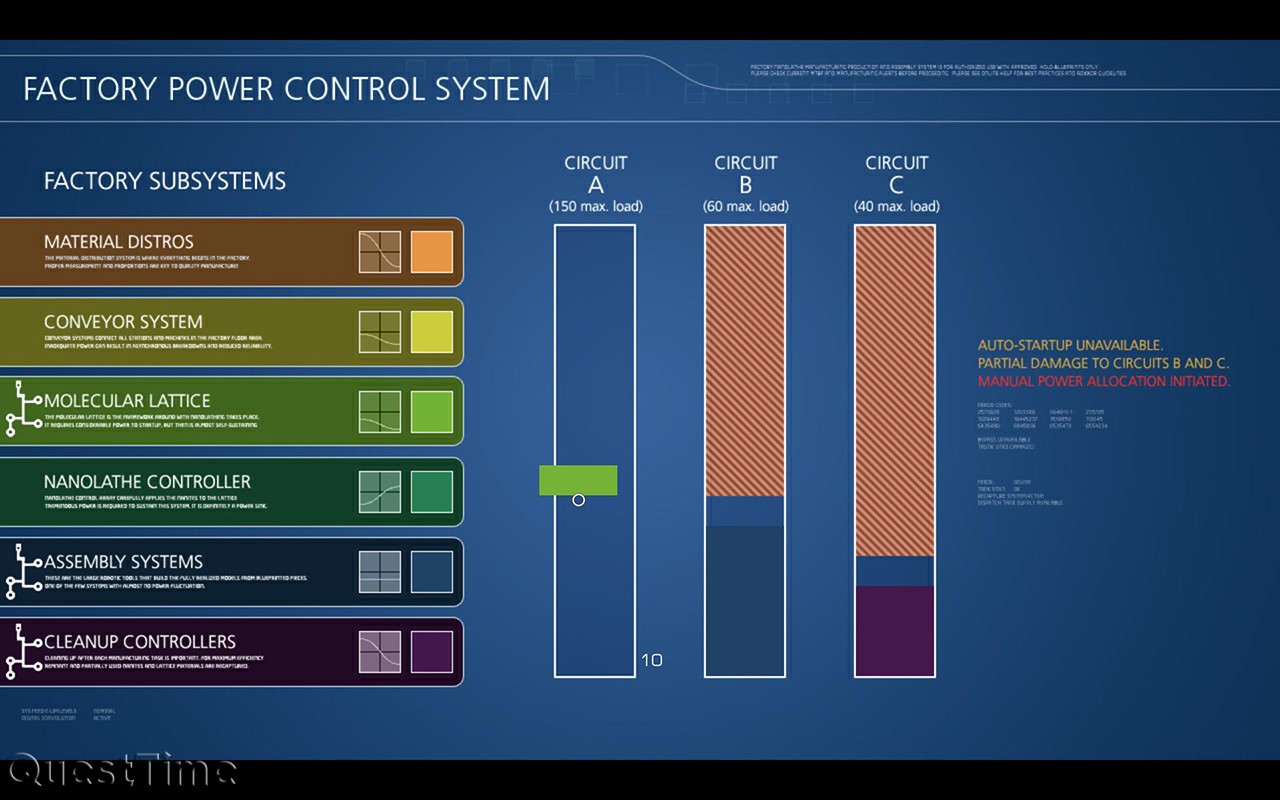 One of the puzzles that has several solutions

Music didn’t get you a pleasure. Because there is no music in the game. Just theme in main menu. By the way, very good. A few melodies you hear when you will play. But there is nothing else. A pity...

Visual design, on the contrary , very successful. Reviewing the screenshots for this game, I'm sure many have noted , "sterile " purity locations. Emptiness and lifelessness. Yes, it is, but how else can be on board the spacecraft? Graphics in the game is very pleasant. Warm colors and soft lines, uncluttered interior items (the same spaceship! ), All causes only positive emotions and pleases the eye . 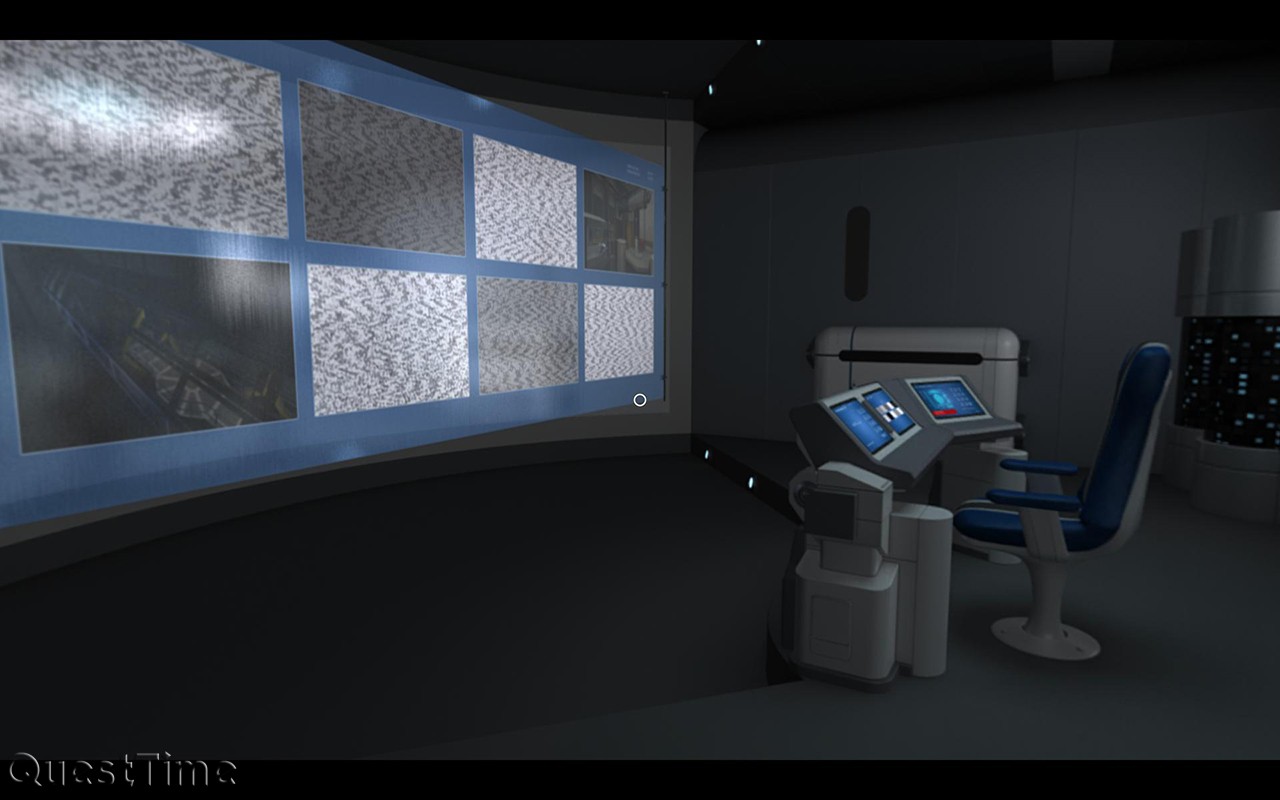 I watch long enough for the development of this game. Every time I read that development is over, quite rubbed handles. But it turns out that it is necessary to find a publisher, something altered. It even seemed that the project is already closed, but... That what I had the opportunity to play quite a decent quality product and do not say that the team has created his first game. Agree science fiction - a very rare direction in quest games genre, especially in recent years.

I will not prevaricate and to claim that everything in the game for me is perfect. I would say more, I was angry, threw passage because incomprehensibility is happening, because the endless running around the empty locations, but how many quests that are passed without any problems ? No! And for that, I love this genre. Anyone who says that the quest - it boring things , never rushed through the whole game just for the fact that, for example, some read a note, which says that we should go back to where we just came from... It's a fun, guys!

In short, this is why I have a rule: never assess the performances of a temper. I should like a boa constrictor, "digest" the game and then to evaluate the advantages and disadvantages of the project. After all, there is a game behind that after a short period of time does not even remember. And there are games on which you want to say or write. «Prominence» was for me just such a project. I do not know what the game is over and I do not exclude the possibility that opinion could change, but at this stage the game is worth to play in it. Good luck to the developers!